The Parable of the Mustard Seed, one of Christ’s shortest allegories, typically receives scant attention in our scripture study. But since it appears in each of the synoptic gospels, perhaps it’s worth more careful consideration.

Another parable put he forth unto them, saying, The kingdom of heaven is like to a grain of mustard seed, which a man took, and sowed in his field: Which indeed is the least of all seeds: but when it is grown, it is the greatest among herbs, and becometh a tree, so that the birds of the air come and lodge in the branches thereof.

And he said, Whereunto shall we liken the kingdom of God? or with what comparison shall we compare it? It is like a grain of mustard seed, which, when it is sown in the earth, is less than all the seeds that be in the earth: But when it is sown, it groweth up, and becometh greater than all herbs, and shooteth out great branches; so that the fowls of the air may lodge under the shadow of it.

Then said he, Unto what is the kingdom of God like? and whereunto shall I resemble it? It is like a grain of mustard seed, which a man took, and cast into his garden; and it grew, and waxed a great tree; and the fowls of the air lodged in the branches of it.

The differences between each account are typically written off as translation errors or inconsequential variations likely attributable to the faulty memories of the authors. But this is a failure of imagination on our part and blinds us to the possibility that Christ, like every good storyteller, adapted his parables to the immediate needs of his audience. And those adaptations and differences are significant.

Further, the brevity of this parable tempts us to conclude that it conveys a single, simple message: that great outcomes often have small beginnings. While this is correct, it is also banal—hardly more insightful than a greeting card or self-help book—and devoid of provocation.

Christ’s teachings always demand that we dig deeper. And let’s begin that excavation by asking: How would a first century Jew have understood this story?

“The kingdom of heaven is like a grain of mustard seed, … when it is grown, it is the greatest among the herbs, and becometh a tree….”[1] Some in Christ’s audience would likely have chuckled upon hearing this hyperbolic comparison since a mustard plant is generally considered a bush, not a tree.[2]

While there is some satirical humor here, the word “tree” would have also brought to mind several Old Testament passages where great trees, often cedars, were symbols of empires.[3]

In Daniel 4:20-22, for example, the tree represents Nebuchadnezzar and his kingdom, which is eventually cut down. And in Ezekiel 17:22-23, the image of the cedar implicitly depicts the kingdom of Israel—which will replace all pagan kingdoms—and communicates the messianic promise of a Davidic king. By saying a mustard seed will grow into a “tree,” Christ is at once declaring that his kingdom is unlike the empires of the world while at the same time reaffirming the restoration of the kingdom of Israel, albeit in a form radically different from what his listeners are expecting.

This is yet another example of the dissonance of Jesus’ message: the kingdom of God he proclaims is neither ostentatious nor is it established through intimidation or conquest. Rather, it arises through developments that initially seem inconsequential—maybe even unintentional or invisible—and in surprising places. And it takes time.

This parable, in part, is about waiting, about patience, something humans do not do particularly well. It is also about God’s patience, reserving judgment until his plan has the opportunity to unfold. Many of Christ’s listeners were anxious for the arrival of God’s kingdom and promised Messiah. They had suffered far too long under the yolk of the Egyptians, the Assyrians, the Romans and other oppressors and yearned to be free. But Jesus spoke of spiritual, not political, liberation, something most of his followers did not immediately grasp.[4]

He underscores the small and humble beginnings of his kingdom not only by the size of the seed but also by where it begins to grow—a farmer’s field (Matthew), a man’s garden (Luke)—quotidian locations, places removed from the public eye. As New Testament scholar Amy-Jill Levine observes, the kingdom of heaven can be found today in “our own backyard, in the generosity of nature and in the daily working of men and women.”[5]

The parable’s avian references add to this imagery. The birds of the heavens find shelter wherever it is available, including the branches of the lowly mustard plant. They, like all of God’s creatures, can survive, flourish and contribute to the growth of the Lord’s kingdom when they make do with what is available.[6]

God’s kingdom also differs from its earthly counterparts in the surprising and unexpected ways it can grow. The manner in which Luke describes the sowing of the mustard seed illustrates this point: the man casts/tosses it in his garden, intimating that he does not understand its full potential or that it even has potential. Thus, a full appreciation of the potential for Christ’s teachings to grow is unnecessary for their advancement. Indeed, the extent of the eventual growth may come as a big surprise.

But perhaps the most profound teaching of this parable is that the foundation of God’s kingdom—its root system, if you will—grows and develops, in secret and out of sight, in the hearts of Christ’s followers. Indeed, this is the only way it can evolve.

Constant exposure to air or over watering will prevent a seed from germinating and developing strong roots. In the words of Professor Levine, “some things need to be left alone.”[7]  Not everything or everyone requires our constant attention.  Excessive programming and regimentation stifle growth instead of encouraging it.

Similarly, we must not forget that every seed takes a different path to the surface. Each root system is unique and each plant or bush or tree is slightly different from all the rest. In other words, there is not just one, God-approved path to becoming a follower of Jesus Christ. This truth finds expression in the gospels through the stories of the Samaritan woman at the well; Martha, Mary and Lazarus; the betrayal of Peter; and the doubting of Thomas. They were different kinds of disciples who came to the Savior in different ways.

Further, the Kingdom of God encompasses much, much more than any one

church or people. It requires contributions from all his children. Elder Orson F. Whitney, in his April 1928 General Conference address, illustrated this principle when he rhetorically asked why Abraham Lincoln, who lived for a time in close proximity to Joseph Smith, did not recognize and accept the prophet’s teachings. “Why couldn’t Lincoln see it?”[8] Why didn’t he join the church? 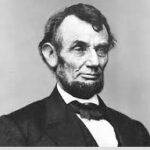 The answer, according to Elder Whitney, is that the Lord needed Lincoln to perform a different, but equally vital, mission. Whitney understood that Lincoln and others “can do more good for the cause where the Lord has placed them, than anywhere else.” *  *  *  *  “God is using more than one people for the accomplishment of his great and marvelous work. … It is too vast, too arduous, for any one people.”

Christ does not exalt one path over another, as long as each is pursued in righteousness and contributes to the growth of his kingdom. Nor should we.

3 thoughts on “What Can We Learn From A Mustard Seed?”